[Jeju Festivals] Tamna Dejeon, the Festival that Encases the Spirit of Jeju

Tamna Dejeon, the Festival that Encases the Spirit of Jeju

From the 13th to the 19th of September, the Tamna Grand Festival has raised its curtains. Tamna was the former name of the Jeju Island until the 15th century. Until the years preceding the Goryeo Dynasty, Jeju was the independent nation of Tamna with its own distinct culture and history. Of the many festivities that occur on Jeju, the Tamna Grand Festival is hosted by the Jeju province, and thus it is typically the grandest event of the year. For seven days, with Iho Beach as its center stage, many performances and events take place. For this post, I visited the opening ceremonies of this famous festival.

Unfortunately, the weather during the opening ceremony was slightly rainy, so there were slight complications with photographing the event. Despite the rain, however, tourists and Jeju locals alike crowded the festival. There are shuttle services that are provided and even a spacious parking lot for those who decided to bring their own vehicle.

At the center of the Grand Festival in an exhibition hall in the form of a ship, to further elucidate the meaning of Tamna Dejeon. 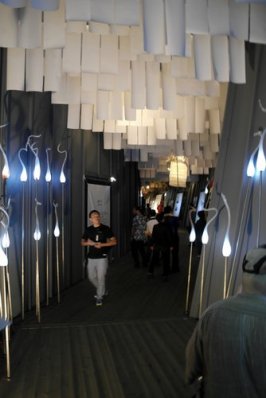 The interior design of the exhibit supported both utility and exoticism, with photographs outlining and explaining Jeju’s history and the significance of Tamna. 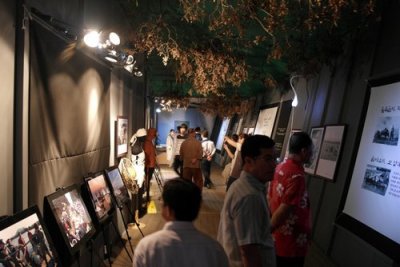 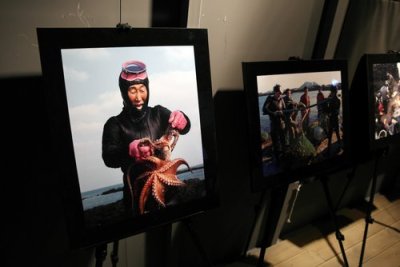 To launch the festival, there were performances displaying the regional traditions of Jeju. The congregation of various performances resembled a great rally. The crowd took to the streets and proceeded as a street parade. It was ideal for witnessing different dances and cultures of Jeju.

Near the tents there were booths to entertain the visitors. As the photographs suggest, there are separate areas for visitors to eat and rest between performances.

As the kickoff of the festival neared, people gathered and created quite a crowd. To shelter from the drizzle, people were under umbrellas and raincoats. I also had to make sure my camera was dry. 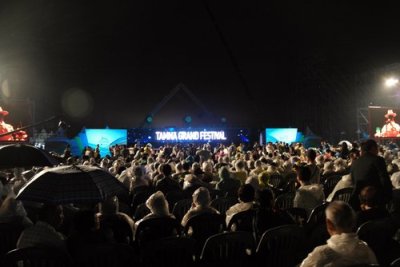 The festival started and the Provincial Dance Company’s performance started as well. 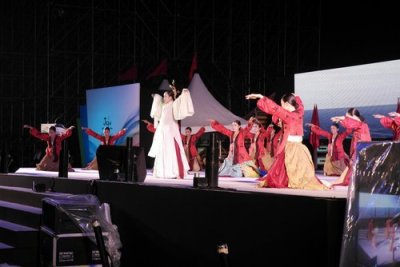 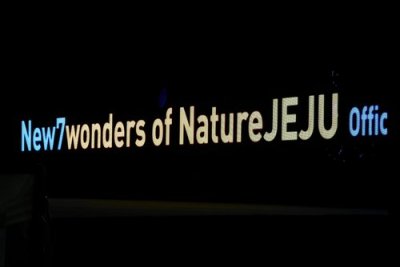 The N7W recognition chalcography in the center of the photo is to be place on the Seongsan Ilchulbong[1]. I’ll be sure to visit in the near future.

Following the opening ceremony, the main performance, the Tamna Fantasty began. The scale of the performance was impressive and apparently meticulously prepared. 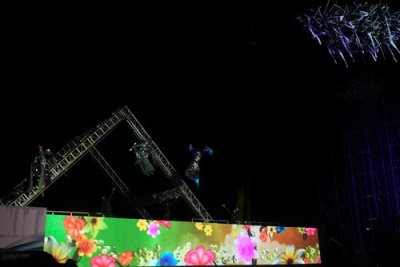 The performance was concluded with an impressive display of fireworks. It was a beautiful garnish for the Tamna Grand Festival. 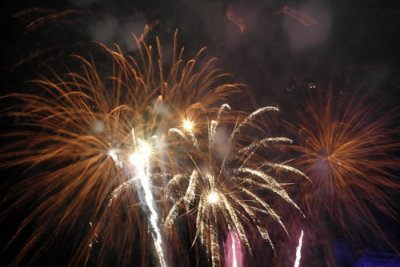 For those who missed this grand event, there is another festival next year.

[1] Seongsan Ilchulbong: a famous mountain peak in Jeju for watching the sunrise.