[Jeju Food and Drink] Jespi: The beer you can only taste on Jeju Island

This is a photograph from the Jespi beer opening event last month.

The four bottles on the right are Jespi.

The beer can be divided into two groups depending on the manufacturing method. They are lager and ale.

Pilsner is the only lager.

The pale ale, strong ale, and stout are of course ales.

This is a picture of the equipment which dispenses Jespi draft beer. 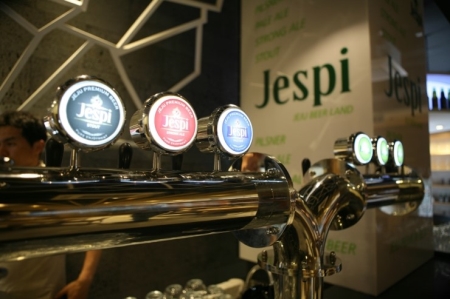 The building itself is on a one-way street making it a bit difficult to take a car. The best thing to do is arrive in the area park where you can and take a walk the rest of the way. You can use one of the 15 car parking spaces if you really are confident enough with finding the place. 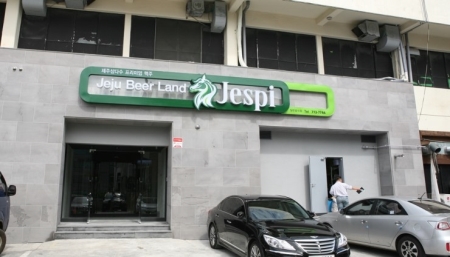 There are two entrances at the front and back, but the back was blocked on the day I went because of the sheer amount of people trying to get in. Many people came and went from the front entrance which is shown in the above photograph. 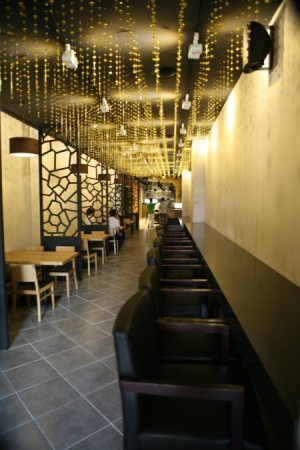 The passage near the back entrance has good, tasteful, decoration.

This photograph is from the main room during the opening event on July 21, 2013. Along with other space some 100 people can fit in. 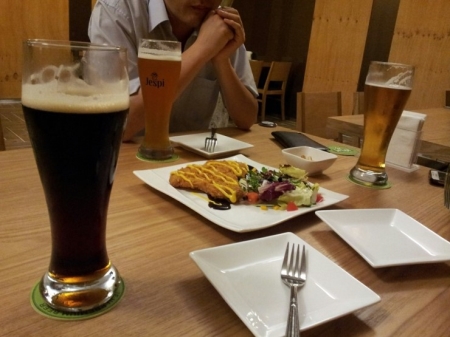 All tasted soft including the non-pictured strong ale (6.5% ABV).

Side dishes are agreeable if a little expensive.

During the opening day there was a free sample location. 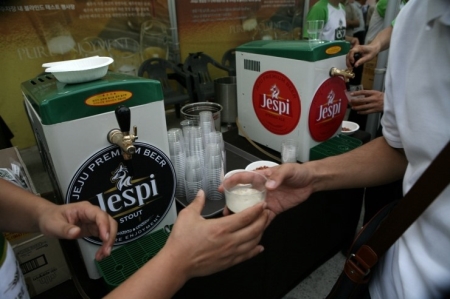 Professional female South Korean golfer and world number one as of April 2013, Park In-bee, was on hand for a signing session with visitors.

As for what goes into making Jespi, you’ll find baekho barley, hops, and yeast, which are only produced on Jeju. Even the water used in the beer is from under the island’s volcanic rock.

That’s it. There is nothing else in it. 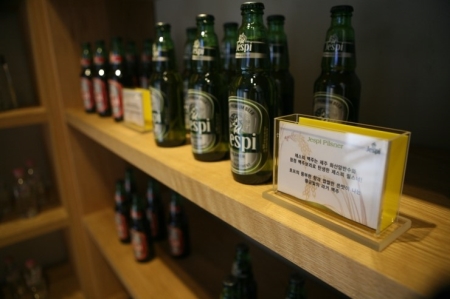 Actually in Korea you only need a 10% malt to sell beer. In Japan this rises to 63% while in the Germany, the king country of beers, you need 100% malt.

Due to South Korean law the beer cannot be traded in any other areas and you can only drink it in the store in Jeju City at the moment.

Quite exclusive right? So get yourself down there for a glass… or two.