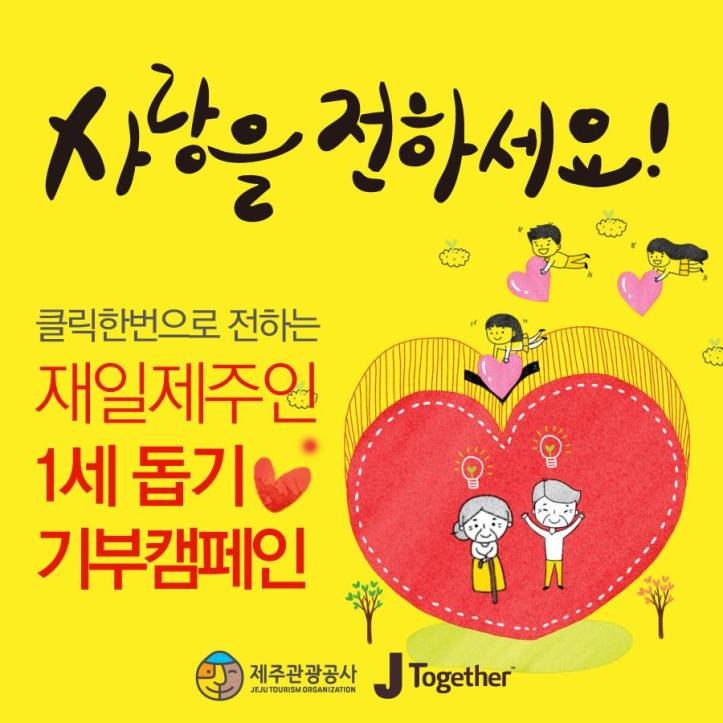 Around 1910 many Jeju Islanders went to live in Japan.

The Jaeil Jejuin or Jaeil Dongpo are the terms given to such islanders who predominantly settled in the Osaka area of the country.

Some returned to Jeju Island in 1945, but many stayed.

Many of those that stayed provided great assistance for development back here on Jeju even though their own lives were tough. For example, financial assistance was given for electricity, water, and road infrastructure.

Some 3,470,000 tangerine tree saplings were donated between 1965 and 1979. These sapling helped develop one of the island’s key industries for today.

If we combine the value of this money it comes to over 100 billion won.

So the first generation Jaeil Jejuin have helped their hometown a lot over the years. However, due to their advancing age they need our help now.

The Jeju Tourism Department is holding a donation campaign to help them.

Over on Facebook view our accompanying donation campaign image.

It is as simple as that.