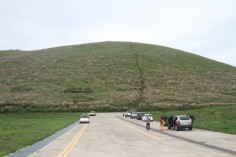 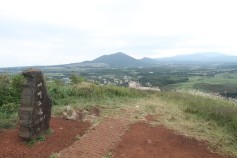 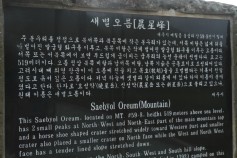 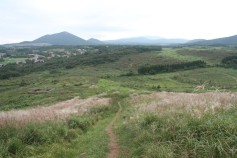 If you visit this island I really recommend you climb at least one oreum (small parasitic extinct volcano). Actually many people call Jeju ‘the kingdom of oreums’. Well there are around 360 to choose and climb.

Each oreum has a different charm. Once you explore one it isn’t easy to escape.

This post will introduce Saebyeol Oreum in the Aewol-eup area of the island.

These days it has become quite popular due to its recommendation by Lee Hyori. The famous k-pop star diva now makes her home in the area.

Of course the fire festival is also held at Saebyeol Oreum once a year.

Due to the fire festival the parking lot is good and the access roads are wide.

Before climbing take some time to read the information board. You’ll learn the oreum has some historical significance.

Actually the name of the oreum is derived from the Korean word for the planet Venus. This planet appears alone in the night sky. This oreum stands alone too, though there are few more behind it.

Overall the Saebyeol Oreum is not a difficult climb. It’s short and steep. Kids and old people should take note of this. Be sure to wear running shoes or trekking boots.

At the top I enjoyed the clean air and wind of Jeju Island. This is the real charm of the oreum.

Silvergrass also blew around indicating the coming of autumn.

The climb down is much shorter.

So Saebyeol Oreum is worth the hike even without the fire festival. This autumn why not hike an oreum or two during your Jeju Island trip? 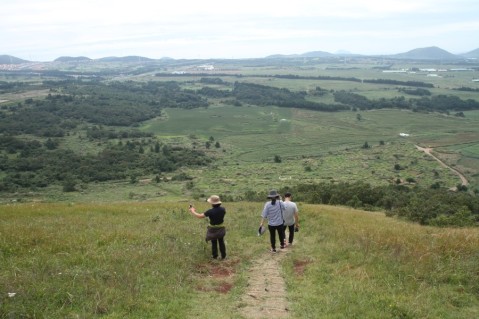