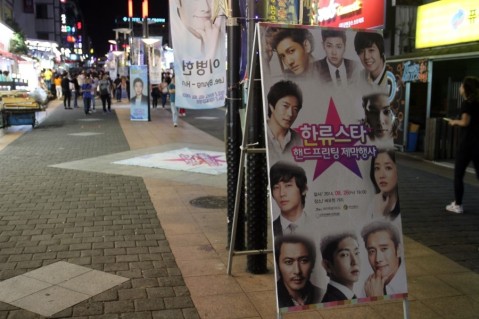 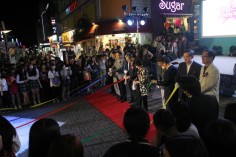 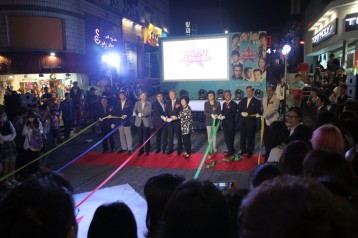 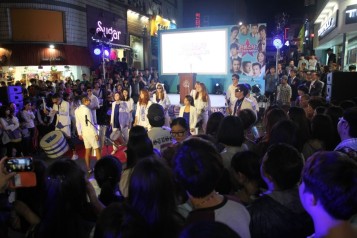 Do you know there is going to be a Korean Wave star hand print street on Jeju Island? Jeju Tourism and the provincial government have gotten together and opened one in the new area of Jeju City.

The street itself is pedestrianized and in the busy Jaewon shopping area. It is called Baojian gaining its name from a Chinese company that sent over 10,000 of its workers to the island for a vacation in 2011.

Baojian will be used until 2016. From that time onwards there is a plan to put Korean Wave content there.

I went to the opening event to mark this occasion on Friday, September 27.

You can tell Korea’s most famous people will be here.

When I arrived there were already many people at the busy event. Jeju residents as well as a number of Chinese tourists were in attendance.

The raucous Rapercussion gave a performance. This group also featured on Infinite Challenge.

After the ceremonial tape cutting the hand printing appeared some 60 cm by 60 cm for the public to see.

I felt like I was in Hollywood with all this glitz and glamour.

But if you’re in Jeju then put your hands in the prints of the Korean Wave stars and enjoy a number of fun cultural events on the pedestrianized Baojian street. 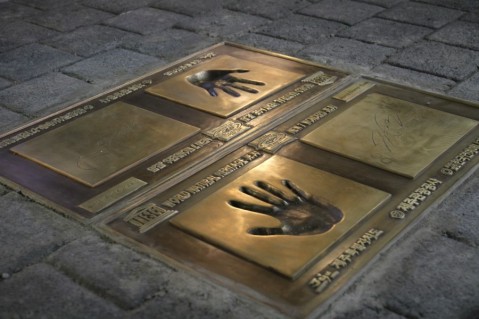 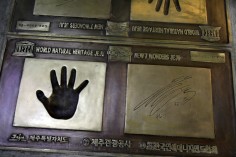 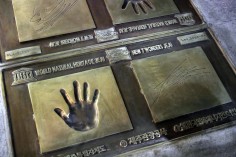