Hiking the ‘Rolls-Royce’ of volcanic cones

A friend of mine who has hiked most of Jeju Island’s 368 oreum once described Barimae as the “Rolls-Royce” of volcanic cones. After a late afternoon trek in which I was the only creature – minus the wild pheasants –anywhere around… I’d heartily agree with him.

Once I got to the top and walked along the crater rim, I felt like I was in my own personal, elevated amphitheater… with a spectacular panoramic view of the island’s west and southwest.

Barimae Oreum is along the 1117 Road, which makes it very convenient for hikers from Jeju City. Moreover, there are a substantial number of oreum along the 1117. (For example, Nokkome Oreum which is about 2 kilometers from Barimae.)

The first thing you notice when you arrive at Barimae (after turning on to a rather narrow farm road) is the good parking and a public washroom. 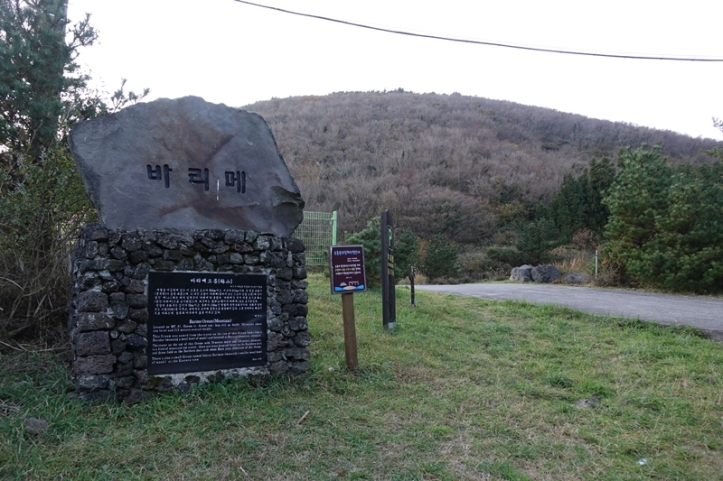 Then, you have a choice. Go left and climb Jokeunbarimae (the smaller of the two) or make your way up Barimae proper. Either are great and it’s perfectly feasible that you can do both in one trip — they don’t take all that long to climb. 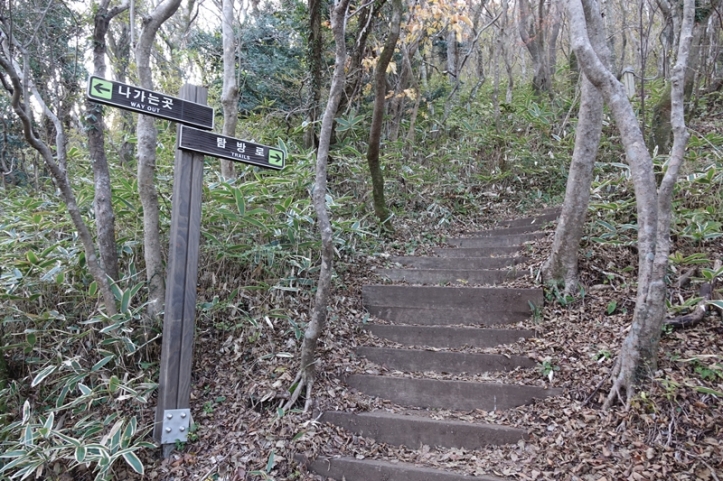 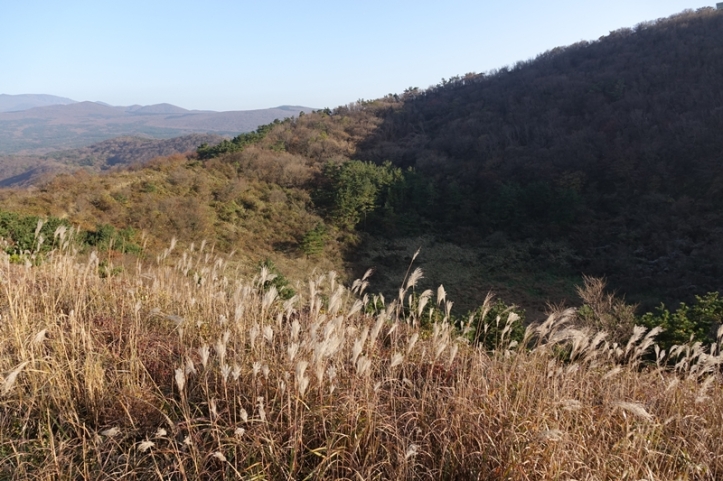 In any case, the light was fading by the time I arrived, so I chose the main oreum, which is 213 meters in height and shaped like a wooden barittae bowl used in Buddhist temples – thus its name.

From the rim of the volcanic cone, it is possible to peer down on the 78-meter-deep, 130-meter diameter crater. Again, it’s the sense of remote stillness and yet with a view of the hustle and bustle of the island below which really hits home – we live in such a beautiful place!

How to get there: There is an option by bus, but it will entail a 2-kilometer walk just to get to the base of the Barimae Oreum. From Jeju City Intercity Bus Terminal catch bus No. 750-1 or 750-3, which takes you along the 1135 Highway. At Eoeum 2-ri bus stop you get off and you’ll see Barimae directly to the east.