The entire area of Jeju Island was designated as a UNESCO Global Geopark in 2010 for its unique volcanic topography and beautiful landscapes. The Geo-trails of Jeju are walking trails that were created using the Global Geopark Network brand and based on the unique topographical resources, history, culture, and stories of each village. Starting from the development of the Sanbangsan Mountain and Yongmeori Coast Geo-trail in April 2014, a total of four Geo-trails have since been developed including the Gimnyeong & Woljeong Geo-trail in the Manjanggul Cave area, the Seongsan & Ojo Geo-trail in Seongsan Ilchulbong Peak area, and the Suwolbong Peak Geo-trail that connects Suwolbong Peak, Dangsanbong, and the Chagwido area. Let’s take a closer look at Jeju’s Geo-trails. You can also find more information on what to do and see while here by consulting VisitJeju.net. 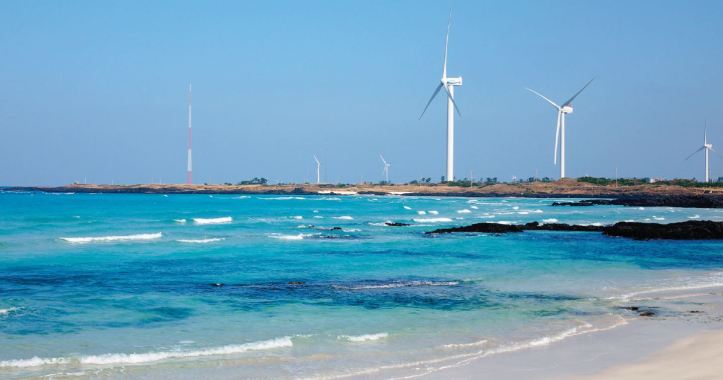 Gimnyeong means a plentiful and comfortable village. Woljeong means a village that resembles a beautiful half-moon. The two villages cherish the long history of the lives of the local communities including various shrines where people use to go to pray and perform ancestral rites in addition to Hwanhaejangseong Fortress, a city wall built during the Goryeo Dynasty. The road created by broad and flat rocks created by lava and numerous lava caves underground stir up the traveller’s’ imagination while they walk along the trail. Although the course is not short and the distance reaches 14.6km, you can still enjoy the course without getting tired while strolling along the trail for about five hours since the road is flat and there a lot to see on the way.