Jeju Island was designated a National Biosphere conservation area in 2002, a World Natural Heritage site in 2007, and received Global Geopark Network certification in 2010. It is the only area in the world that has achieved these three accolades at the same time. In addition, Jeju benefits from a wide range of ecological and geological features. This includes islands, volcanoes, waterfalls, beaches, national parks, caves and forests.

Details and a useful map: www.visitjeju.net/u/47F

Nature is not handed down from our ancestors, but from future generations. While UNESCO looked for ways to coexist with nature without being destroyed by humans, it created a program called the “Nature Conservation Program” in 1971 under the Human and Biological Rights Initiative (MAB). Biosphere conservation areas have become internationally designated areas by UNESCO, and local residents can benefit from their local products and brands.

As of 2016, there are 669 areas of conservation in 120 countries. In the Republic of Korea, this includes Seoraksan Mountain (1982), Jeju Island (2002), Sinan Dadohae (2009), Gwangreung Forest (2010), and Gochang (2013), among others. The biosphere consists of core areas, buffer areas, and areas where biodiversity protection is the top priority. They are surveyed, studied, and monitored, respectively. The core areas are Hallasan National Park’s Yeongcheon, Hyodongcheon Natural Reserve, Seopseom Island, and the Munseom and Beomseom Natural Reserve. 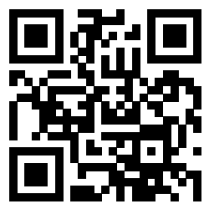